You are here: Home / News / UAngel – Two Years of Success for Ukraine 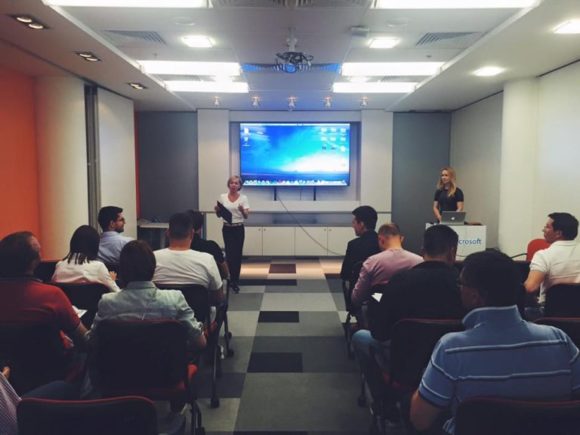 The Ukrainian Business Angels Network – UAngel – celebrated its second birthday this July, 2016 and the team behind it is looking forward to celebrating many more. To summarize their activity and the positive effect it has had on business angel investment in Ukraine, UAngel recently released an infographic detailing types of investment, performance indicators and other invaluable statistics. To get the story behind their success, EBAN interviewed their executive director – Regina Makhotina – and coordinator – Daria Demchenko.

Ms. Makhotina has been with UAngel since its inception, together with the initiators of the network. These include Eveline Buchatskiy, at the time the managing partner at a Kiev-based accelerator Eastlabs, which Regina was also a part of, and Nataliia Berezovska, who is the Chairman of the Board at UAngel today. Daria Demchenko joined the network in early 2016, while her previous career in journalism drove her passion for tech and gave her valuable connections in the early stage ecosystem.

UAngel is the first and only business angel network in Ukraine, and it has defied all expectations so far. Launched in 2014, the network filled a gap in the Ukrainian startup ecosystem: according to Regina, while there were a number of incubators, accelerators and venture funds functioning in Ukraine at that time, there was a noticeable lack in business angel funding. Startups either had to look abroad, or attempt to find individual business angels, which was not an easy undertaking – “there was a need to identify these individuals and consolidate them”. However, there was still a lot of uncertainty about the timing and potential for success for the network, exacerbated by the fact that the launch coincided with the Ukrainian revolution. 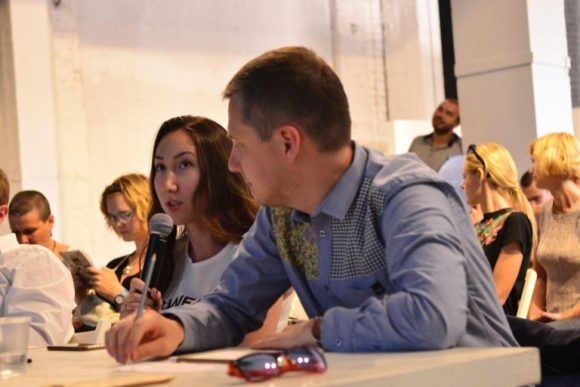 Regina remarks that, indeed, the initial interest came from quite an unexpected place – it was investors and companies outside of the tech/online sector who were eager to invest in innovative startups, often in the field of technology. “Many of the potential business angels in Ukraine don’t have a thorough understanding of the online process, but they can still see the potential and are eager to learn and provide capital.” For such individuals, UAngel is a convenient source for startups as well as for knowledge and infrastructure. And, for entrepreneurs, the network represents an opportunity to have their companies exposed to a group of business angels without having to approach them individually.

UAngel’s membership base is equally divided between angel investors and family offices. Members include both newcomers and experienced angels, who have built and sold or exited their own companies and have a number of startups in their portfolio. Even though the network is focused on the IT sector for now, Regina and Daria emphasize that this is not a strict rule for them. The focus is due to their members showing interest in the particular sector, and they feel ready and able to expand their sphere of interest should these interests shift.

In addition to connecting investors and startups, UAngel also provides educational seminars for business angels on a variety of topics. In doing so, the network tries to encourage potential investors to become active by exposing them to more experienced investors who already have ongoing investments. The option to invest in syndicates is another convenience for beginners just getting involved with UAngel. 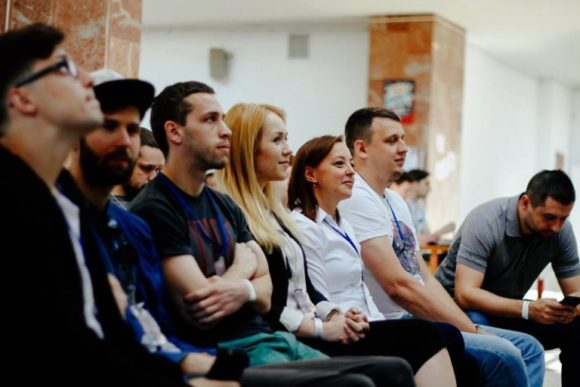 Other regular events held by UAngel include the “Coffee Diligence” monthly pitching sessions and the UAngel Coffee Morning, where, according to Daria, foreign angel investors are often invited to share their professional experience with UAngel members, among other activities. Additionally, in 2016, UAngel launched a new educational initiative, P2P workshops, where members share their own experiences with each other. UAngel makes a point to organize events in regions as well as large cities, including their Investor Days initiative, the next installment of which will take place in Lviv in October. “The Investor Day in Odessa had attendees from unrelated sectors, one of whom became a UAngel member within a month of the event, and had committed to a sizeable investment in a startup within 3 months”.

Such fast progress is quite extraordinary for Ukraine, where the policy environment is not tailored toward business angels. Daria remarks that “it is also a hard time for entrepreneurs as they are bound by local tax policies and exchange rates, which makes it harder for them to take their companies global”. UAngel is supportive of the idea that legislation should be created for early stage investment, but they also acknowledge that the process is a long one and it is just now starting. In order to alleviate the hardships and put Ukraine’s startups on the global map, the network sees cross-border syndication as one of their main goals. With this purpose, they have plans to cooperate with networks outside of Ukraine, including Cross Border Angels, a global angel group, and the Latvian Business Angel Network (LatBAN), which is quite similar to UAngel in terms of origin, size and focus.

EBAN is pleased to see the success of one of its members and aims to support UAngel in its future endeavors. To find out more about UAngel, visit their website, LinkedIn and Facebook pages.

CEE-Released invites all best early-stage, scale-up and growth companies from the CEE region to submit their application as the nomination phase of the program officially begins.